When we went to Queenstown on holiday in January a number of blog followers told me we had to go to Josh Emmett’s Madam Woo. We listened. Unfortunately, we didn’t have Hawker Rolls and I got told off. Apparently, these are “the schizz”.

Back up the bus. What’s a hawker roll? Malaysian street food, in the form of a deliciously decadent fried roti filled with the freshest, tastiest meats, veggies and sauces.  Think humble wrap, or a burrito, on steriods, that’s what a hawker roll is.

So, as I can follow rules sometimes, we went back the next day and had Hawker Rolls for lunch. I died and went to culinary heaven.  Yes, I wholeheartedly concur, these were ‘The Schizz’.

On our return home,  with me still happily reminiscing my first Hawker Roll mouthful, I played around in the kitchen. Eventually, thanks in part to my Aussie friend Tam who sent me this amazeballs pulled pork recipe (which I slightly adapted), I came up with this tasty dish: Pulled Pork Hawker Rolls.  The last three dinners I’ve cooked for friends has been this: It is both a showstopper and crowd pleaser!

Now, I know the recipe might look complicated, but it’s not: It’s one of those ‘whack it in the slow cooker and forget about it for a while’ type dishes. In fact, when I made this on Sunday, I got everything prepped, popped it in the slow cooker and sent Hubby a text asking him to turn it on at 12 noon. Off I went to the beach, returning four hours later to delicious cooking smells wafting through my house. This is my kind of dinner party dish.

Roti – in case you haven’t spotted them, can be found, frozen, in the freezer section at your local Asian grocery. I buy them in packs of 20, which cost $15 (from memory). Cooking them is straightforward:  Dry fry them on a high heat until golden brown on both sides. Load up with toppings. That’s it.

Side note, it’s not great first date fodder: Prepared to get messy. 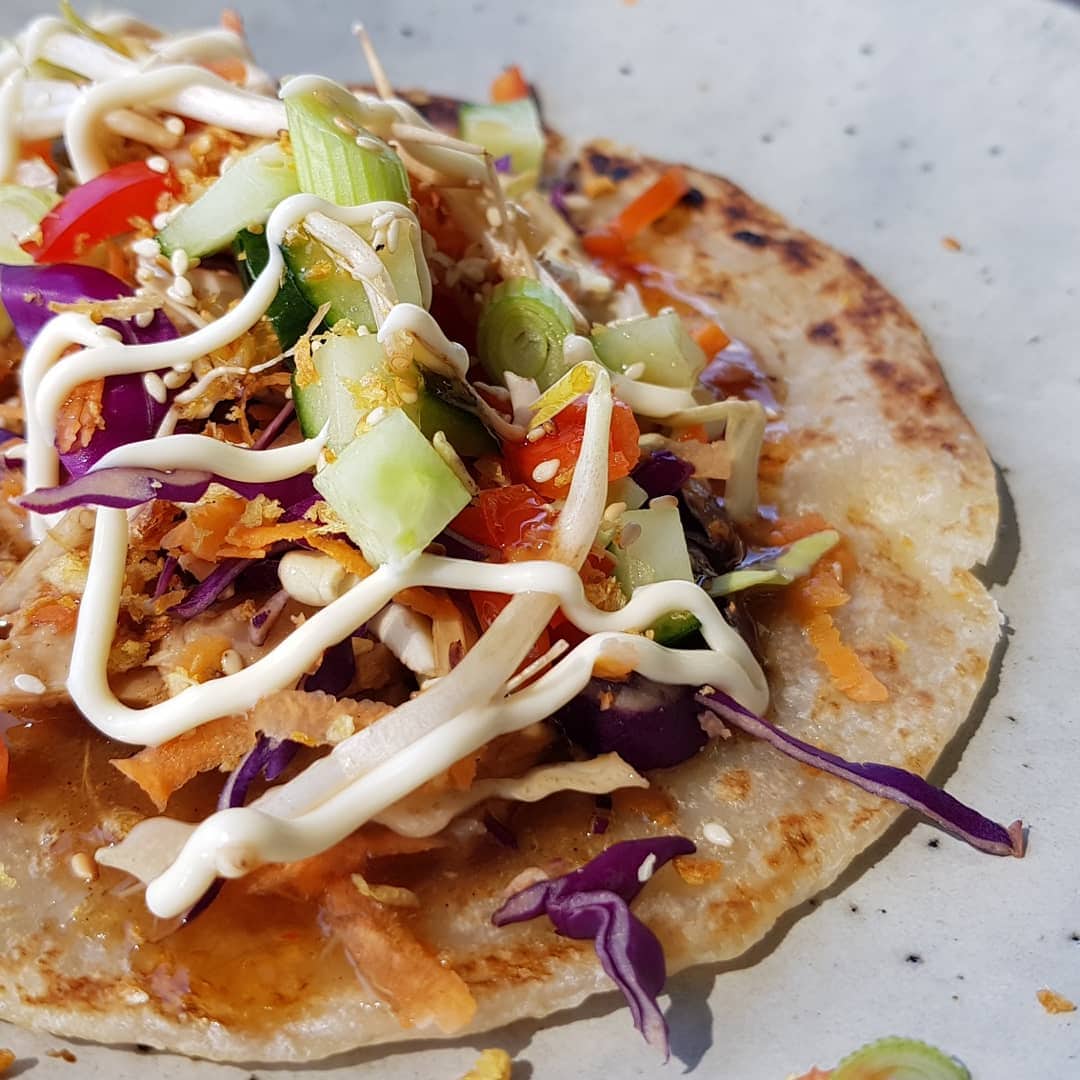 For the pulled pork

For the toppings (make it your own! Get creative)

Prep the roti and fillings