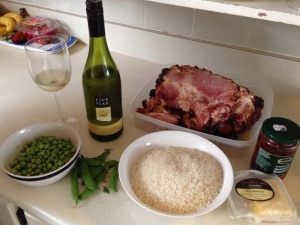 I should have posted this yesterday, but things have been a little crazy around here and time has simply run away on me!

Anyhow, if, like us, you have leftover ham from Christmas in your fridge, chances are you could be getting a little sick of ham sandwiches and ham and salad. Here’s a quick list of uses for leftover Christmas Ham to get your creative juices flowing!

So, there’s a quick round-up of 10 ways with leftover Christmas ham.

UPDATED!  Whip up some Hollandaise sauce and dunk in slivers of ham and meat (Kiwi fondue style!) I’d love to hear what your favourite way is to use up your leftover ham, so drop me a line in the comments below.