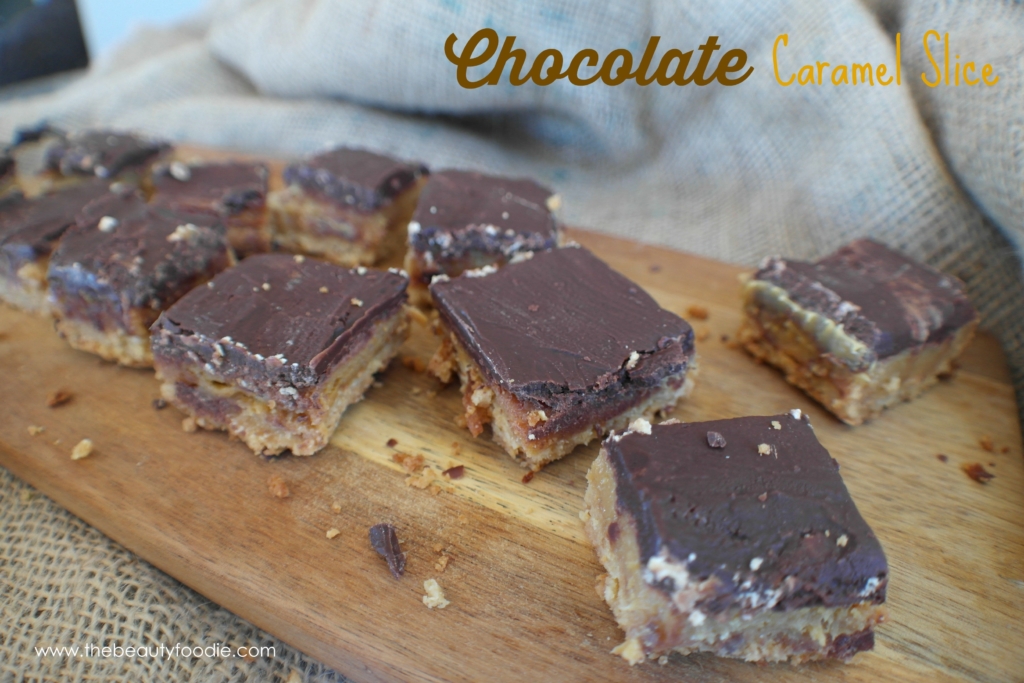 The Boy and I have been watching Zumbo’s Just Desserts on TV3 on Monday and Tuesday nights. Despite having an epic savoury tooth I can’t help but develop intense cravings whilst watching Zumbo’s for… SUGAR SUGAR SUGAR. Enough, I thought. Time to whip up something decadent to enhance our viewing pleasure.  Frankly, I don’t think you can go past chocolate caramel slice, for me this is the ultimate treat, the king of home-baking.

Here’s my recipe, it’s a bit of a hodge-podge of various recipes I’ve tried over the years.

Now, don’t tell anyone… Sometimes I make it with…. Double the caramel topping.  I know.  I’m such a porker.  But try it, don’t  just shake your head in disbelief at my porkiness. 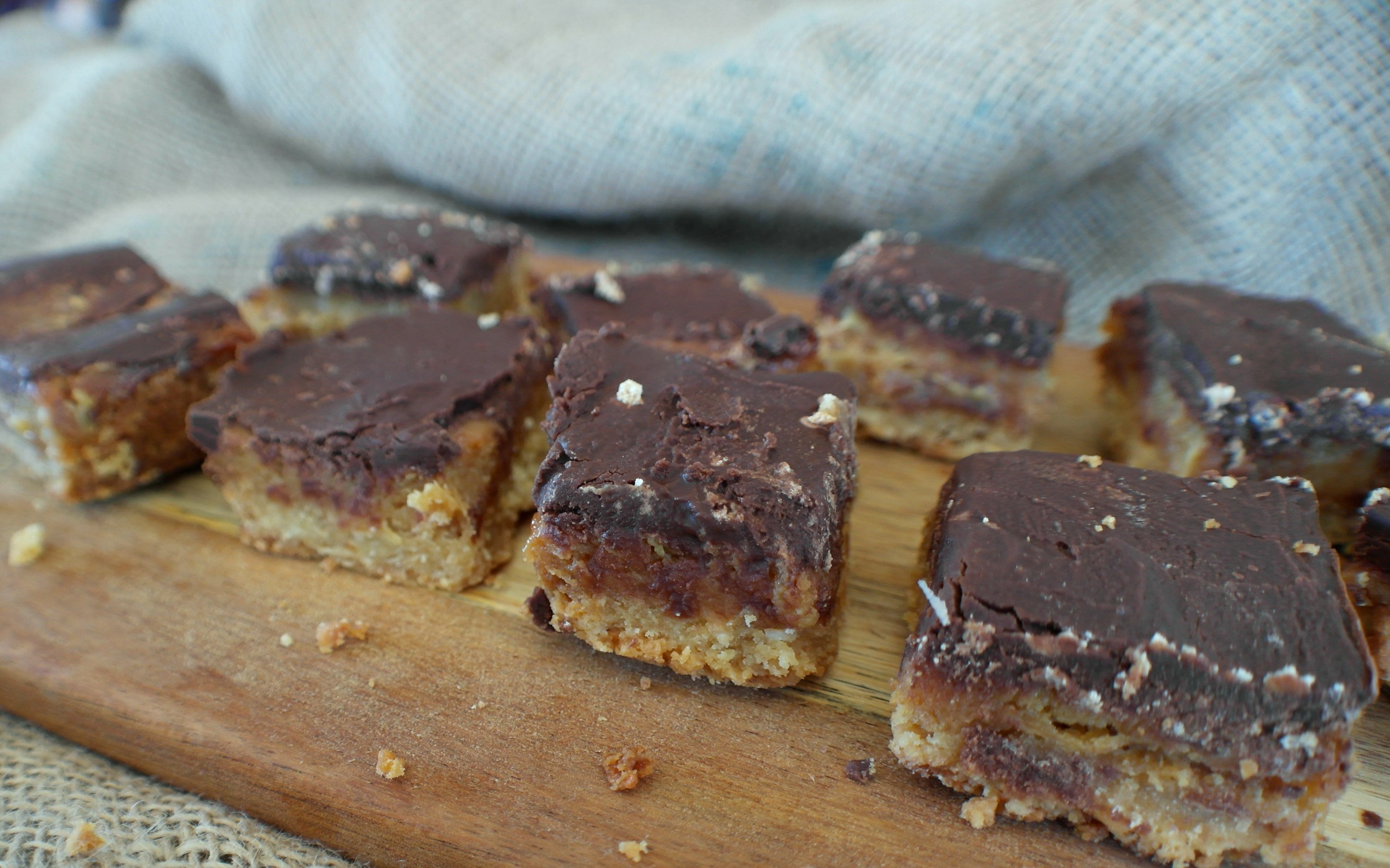 TIP: If you want the slices to look pretty and 'clean', wet your knife in hot water, then slice. Then clean your knife off, then slice again. I personally can't be bothered with this step... But I can see why you would bother 🙂

For the Caramel layer

For the chocolate layer