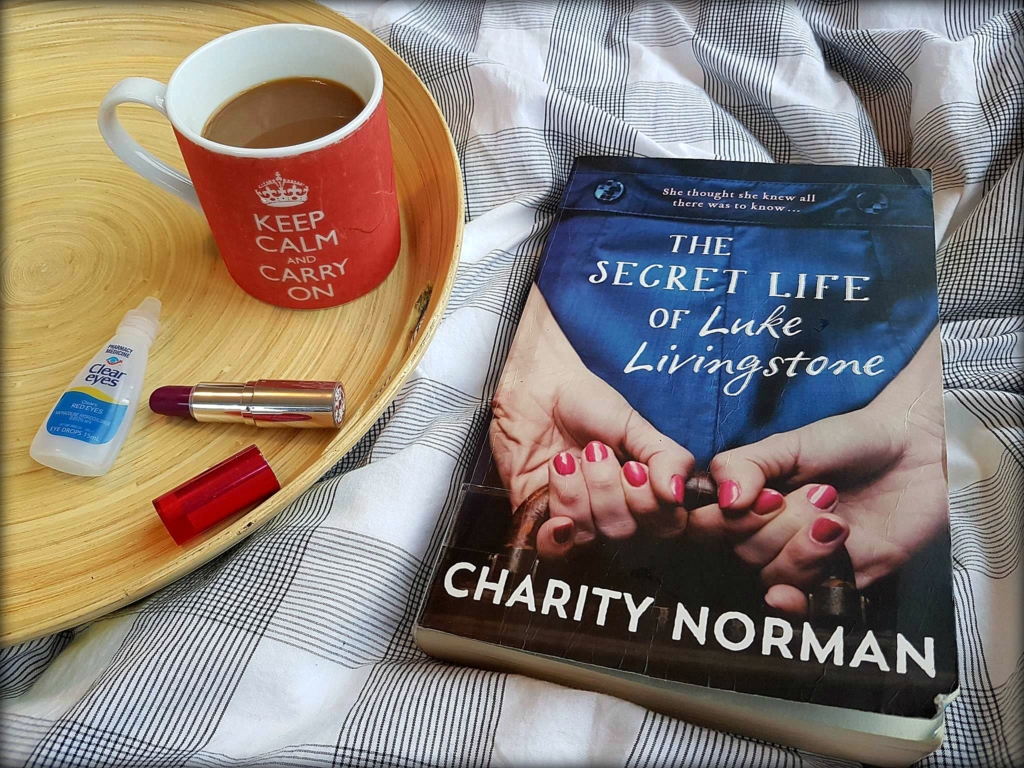 The Secret Life of Luke Livingstone is a book that’s lead to two firsts for me….

First up, I was compelled me to dedicate an entire blog post to a book review (I’ve never done that, I usually lump these in with my monthly faves blog post).

Secondly, I messaged the author, Charity Norman, through Facebook, to let her know that it was her fault that Tuesday morning’s makeup prep involved Clear Eyes and a bold lip to distract from my tired eyes. Why? I was up until stupid o’clock reading as this book. It was good there could have been a 5.5 shake and I’d have not noticed. I didn’t even care that my husband was snoring,  despite his man cold finishing last month (FFS). I’ve never emailed an author before with positive feedback.  Guess what? She replied. I did a little fan girl dance!  Turns out she loves cats too. Cool.

Here’s my The Secret Life of Luke Livingstone book review which is, no contest, the best book I’ve read this year.  I loaned it to my colleague Amanda, a fellow bookworm. She devoured it over one afternoon/early evening and concurred that it was “super”. I wonder what her kids had for dinner that night.

Here’s the blurb off the back of the book.

Girl meets boy. They fall in love, and they marry.
For thirty years they share one another’s lives.That should have been the end of the story.Luke Livingstone is a lucky man. He’s a father and grandfather, a respected solicitor, a pillar of the community. He has a loving wife in Eilish, children who adore him and an idyllic home in the Oxfordshire countryside.But Luke is struggling with an unbearable secret, one that is close to destroying him. All his life, Luke has hidden the truth about himself – a truth so fundamental that it will shatter his family, rock his community and leave him an outcast.Luke has nowhere left to run. He must either end his life, or become the woman he knows himself to be – whatever the cost. His family is tested to its limits, as each of them is forced to consider what makes a person essentially themselves.
What do you do when you find that your husband – your father, your son – is not who you thought? Can you ever love him again?
This is a beautifully written story that had me captivated from the first paragraph. I didn’t read the blurb properly and when I launched in I had no idea that Luke’s secret was gender dysphoria, noting this wouldn’t have put me off.  If you just read that and are pissed I gave the plot away – back up the bus:  Re-read the blurb in italics above. Yeah,  you might be the same personality type as me. Chill out.
At the start of the story we meet Luke who is travelling by train to his London flat that he uses when he’s away from the family home in Oxfordshire.  Luke is thinking ahead to his imminent suicide, which the poor bugger has decided is his only escape from his deep secret. Luke,  in his flawed wisdom,  has decided that his death will somehow spare his wife humiliation, if the truth about him gets out of the man-bag.   Fortunately a chance encounter with a knitting stranger sees Luke change his mind – which is just as well as the story would have, tragically ended there,  which would have sucked for not only Luke, but for Charity Norman book lovers.   On the other hand,  I’d have not spent one day last week in a coffee-fuelled fog. Alas,  it’s not all about me.
This compassionate tale is told through the voice of four characters, Luke,  his wife, Eilish, their single-minded son Simon (who also holds a secret) and feminist daughter Kate, who sounds like the kind of girl I’d love to have a night out on the cocktails with. Charity does a stellar job of moving us into the shoes of each different character, I felt their pain,  confusion and anguish.   The story dives back in time too which provides insight into events that have shaped each of the characters’ lives.  I liked this.
Ultimately this is a love story and a book about acceptance.  Gender dysphoria has been a topic that’s had a lot of media attention since the former Bruce Jenner became Caitlyn Jenner (I still can’t believe I didn’t see that coming…) and, I enjoyed, through Luke’s viewpoint, the insight into the absolute conundrum trans-gendered people face.  I knew that being transgenered must be, for some people, one hell of a road. I’m pleased to say that after reading this I feel I have a much better understanding and appreciation of the heartache and darkness that can come with a transition.  I hasten to add the book has lighthearted and laugh-out-loud moments too,  it’s not all darkness!   That’s what I enjoyed the most in hindsight, it’s rare that a book sees me on the full rollercoaster of emotion, I experienced despair and elation and everything in between!  This would make the most fabulous movie.
I’ll stop there, least I give away too much! Take me at my word, skip off to Paper Plus, trundle down to the library, download this onto your Kindle, do what you gotta do, just get it.  Get some Clear Eyes too.  The latter isn’t just for alleviating tired eyes, it’s just in case you cry. I might have got the eye sweats at the end of the book…
Incidentally, it turns out I’ve read a good number of Charity Norman’s books and I’ve loved all of them and I’m sure I remember my Mum raving about some of Charity’s books too and, if my memory serves me correctly,  Mum also sent Charity an email. LOL!   So, on that note,  if you are on the lookout for other great reads by Charity, get hold of Freeing Grace or After The Fall which readers from Hawke’s Bay will enjoy, not least as it’s set in and around Napier.  What the heck?   This brings me to another reason to love Charity: Whilst she’s originally from the UK, she now lives in Hawke’s Bay!  What a clever lady.
Side note. I have just started Charity’s novel The Son-in-Law. I just sent her another message via Facebook with a simple thumbs up with this pic. LOL. 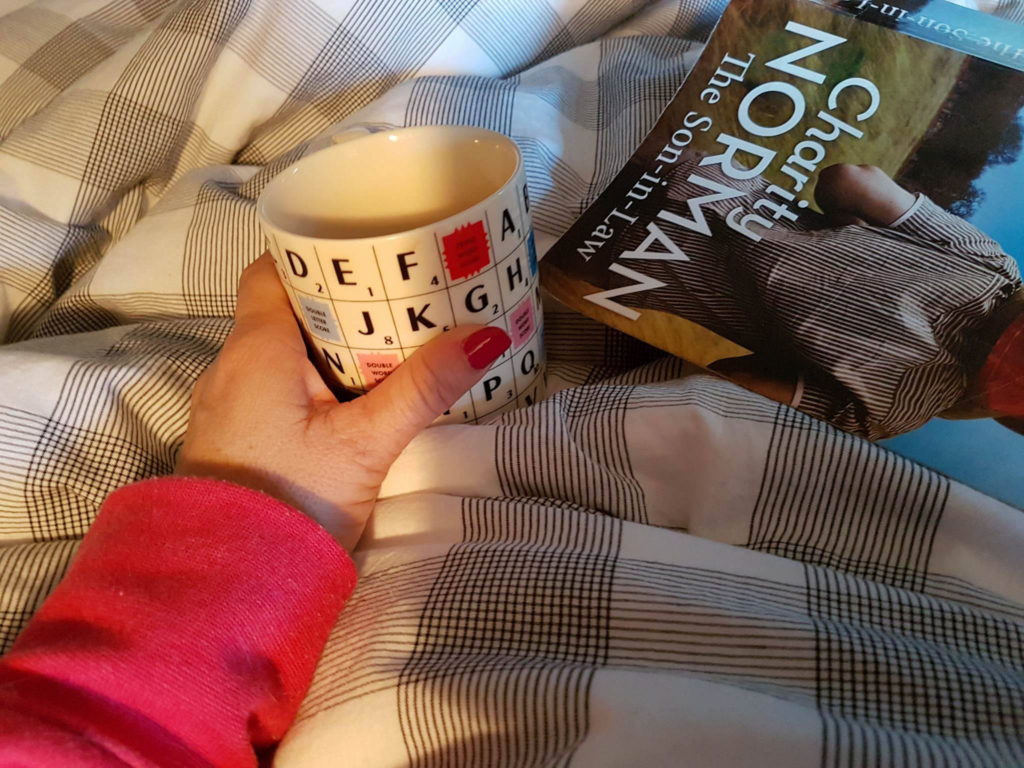