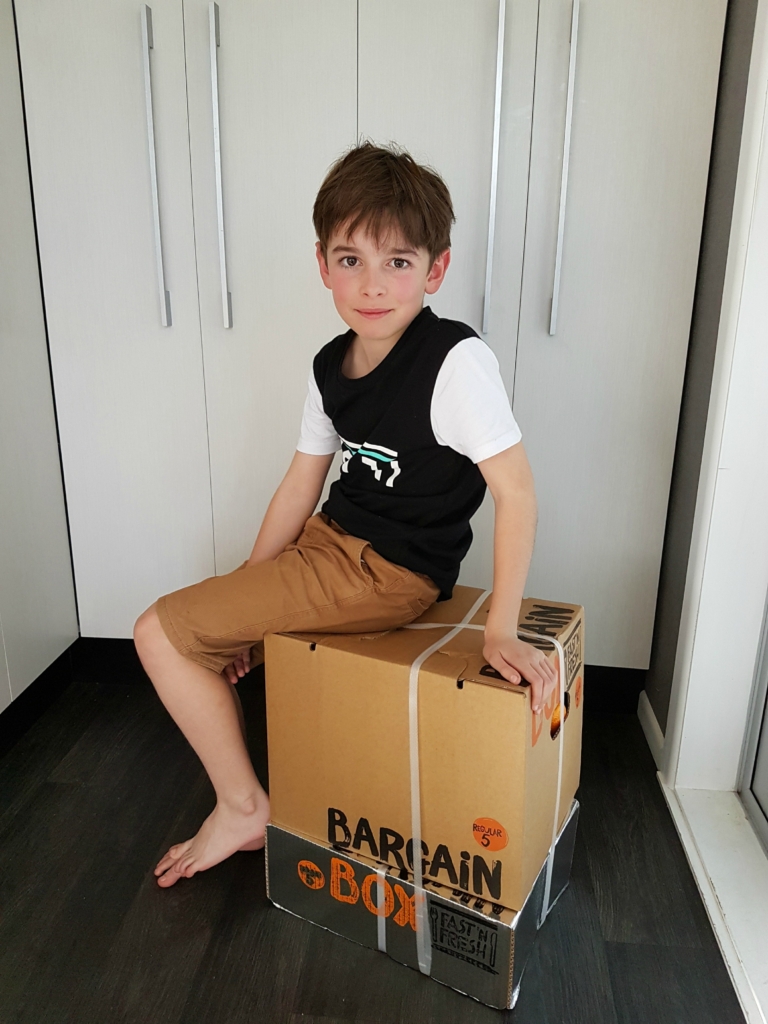 I’m already a die-hard fan of My Food Bag. So, when their new kid rolled off the block, Bargain Box, I was keen to give it a whirl. I’d already read a fair bit of hype and we were keen to see how it stacked up. What did we think? How does it compare to My Food Bag? Keep reading!

As background, Hubby and I have been doing My Food Bag’s Gourmet Bag (the bag of goodness for die-hard foodies) for the past few months. We are MASSIVE fans, as captured in this blog post. Whilst as a couple we’ve eating restaurant quality nosh every night, there’s been a second meal prepared on the side for our rather fussy (and vege-dodging) 10 year old. Now I have two thoughts on this: It’s been lovely to spend time in the kitchen with my boy teaching him cooking skills. In explanation, if he won’t eat what we are eating then he can help prep food that he will eat. However, to cut to the chase prepping two meal is getting dull. As a result, I was considering going back to MFB’s the less fancy Classic Bag option as the boy enjoyed this. Then I remembered about Bargain Box!

How does Bargain Box work?

Bargain Box is a no-thrills, thrifty spin-off of my Food Bag, aimed at families which has food options designed to be more appealing to picky family members. Prior to midnight on a Monday you order a box online that bests suits your needs and on the Sunday you receive, delivered to your door, a box of ingredients and recipes for dinner meals. There’s a few options to choose from (outlined here). In a nutshell you can feed four or six mouths and you can order three or five meals per box. 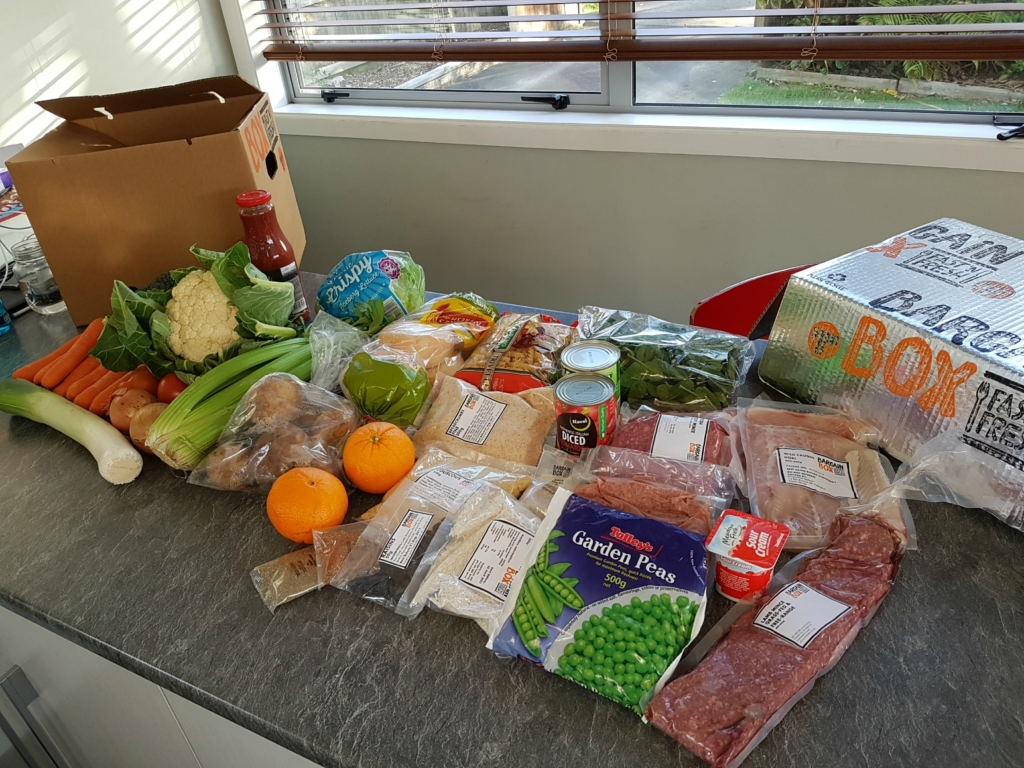 How does that $120 compare to our usual grocery bill? Well, in the spirit of honesty and transparency, for our family of three we between $200-$250 per week on our groceries. This doesn’t include alcohol and, given our love of craft beers and red wine, this adds up quickly! This also doesn’t increase my fortnightly Vetro/Bin Inn haul of nuts and seeds. It’s a lot of coin no matter which way you look at it and I know it’s over the top.

What did we think?

My friend Alex who has been a very happy customer of Bargain Box for the last few months was perturbed that we signed up when we did. “The week you joined up was the most average menu we’ve had so far”, she said. Well, having now had week 2 of Bargain Box, I do agree that this week’s menu was better than last week. However, to get to the punchline, we were rapt. So much so, we’ve signed up to Bargain Box on an ongoing basis which is great timing as the moola saved on the grocery bill can go towards our trip to Melbourne at the end of October. Nice.

Look, it’s just like My Food Bag, but on a, um budget. Their marketing promise absolutely delivers. In writing this blog post I consulted with Kev and Lisa, aka the neighbours, as we raved so much about the whole experience they caved in and placed an order too. Their goal was to get their fussy daughters eating a wider variety of food and to be more organised in general at mealtimes (ha, snap!). Guess what? They are Bargain Box converts too. Boom. So here’s what the Bargain Box contingent from Rotorua has to say: 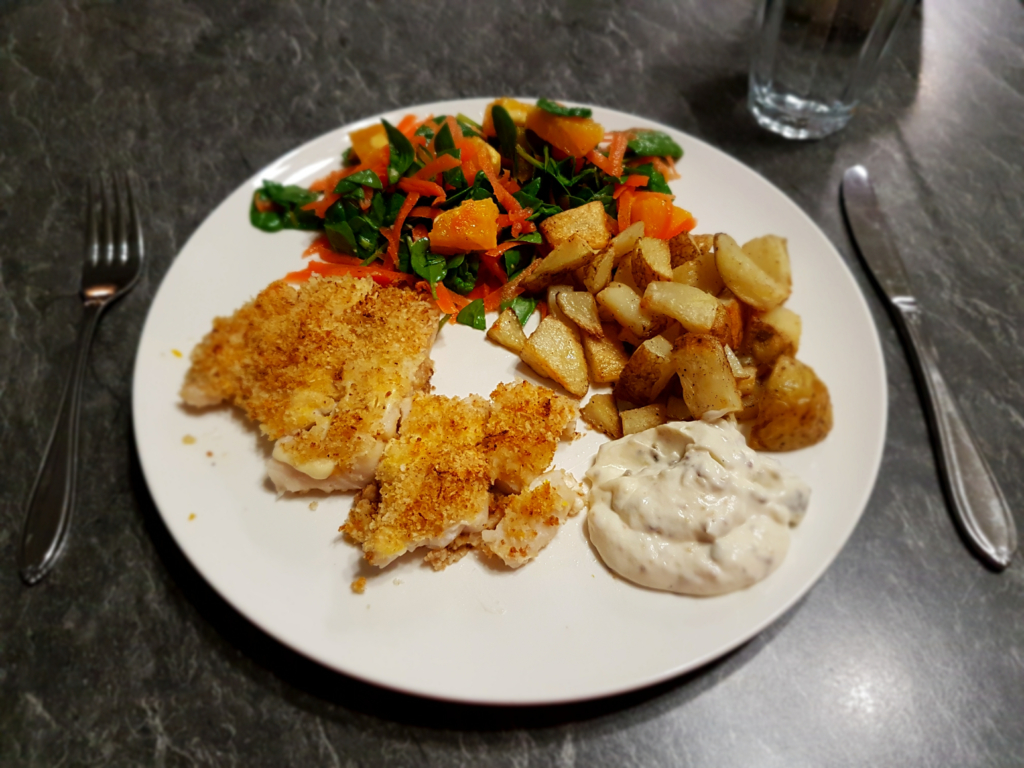 To be balanced, there’s some constructive criticism both the neighbours and I have to offer.

You get the picture. We, that’s my little whanau and the fine peeps next door, are waxing lyrical about Bargain Box. They’ve delivered: In more ways than one!

Have you tried Bargain Box yet? 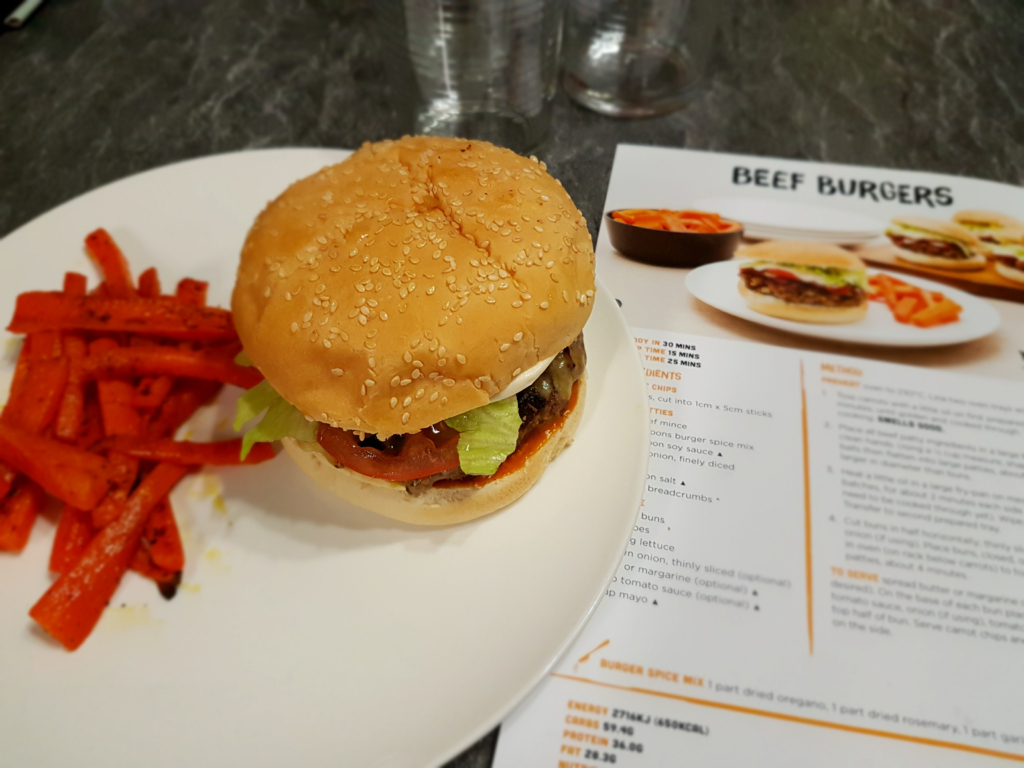